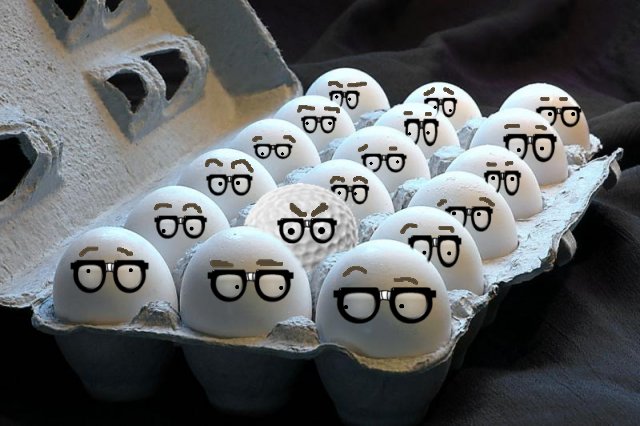 Note: In case you missed it, there is still a chance to get a free eBook of RESS Essentials from Packt Publishing. All you need to do is check the book out at Packt Publishing web site, drop a line about the book back at the comments section of my article with your email address and enter a draw for one of the three free e-books. And now, back to regular programming.

When I was in the army, my mother told me that she kept noticing soldiers on the streets. I mean, they didn’t suddenly appear, they were always there, but she only started noticing them because of me. Once I returned from my regular 12 month service, soldiers around her receded into oblivion again.

This is a neat trick that you can try yourself. Have you noticed that you start spotting other cars like your own on the road as soon as you buy it, even though you didn’t care less about them before (unless you really, really wanted it, in which case you were spotting it as an object of desire, anticipating the purchase)? If you care to learn another useless phrase, the scholarly term for this phenomenon is perceptual vigilance.

When we were building web apps in the 00’s, a number of technologies were considered a ‘solved problem’. You get yourself an Apache server, install it on a Linux box, strap on Tomcat for servlets (all right, you can use PHP instead) and add MySQL for storage. Of course, there were commercial versions that offered, well, ‘bigger’ but the basic principles were the same. Nobody was excited about serving pages, or storing data, or doing anything commoditized that way. The action was in solving the actual end-user problem, and the sooner you can assemble a system out of the off-the-shelf components and get to the problem solving part, the better.

Well, once you need to serve millions upon millions of users, strike the ‘solved’ part. You start hitting the limits of your components, and you need to start paying attention to the things you stopped noticing years ago. That’s what is now happening across the software development world. The ‘solved’ problems are being solved again, from the very bottom. Web servers, data storage, caching, page templates, message queues – everything is being revisited and reopened. It is actually fascinating to watch – like a total gutting and rebuilding of a house whose owners grew tired of the basement flooding every time it rains. It is as if millions of developers suddenly noticed the components that they were taking for granted all these years and said ‘let’s rebuild everything from scratch’.

When you look at a Node.js ‘Hello, World’ server example, it is fascinating in its simplicity until you consider how much stuff you need to add to get to the level of functionality that is actually needed in production. You are really looking at several dozens of JS modules pulled in by NPM. Using the house paradigm again, these modules are replacing all the stuff you had in your house before you reduced it to a hole in the ground. And in this frenzy of solving the old problems in the new world I see two kinds of approaches – those of idealists and pragmatists.

There is a feeding frenzy on GitHub right now to be the famous author of a great new library or framework. To stay in the Node.js neighborhood, the basement is taken by @ryah, most of the walls are solidly put by @tjholowaychuk (although there are some new walls being added), and so on. Idealists fear that if they do not hurry, the house will be rebuilt and there will be no glory left in the component business – that they will need to go back to be pragmatists, assemblers of parts.

For some people that is almost an insult. Consider the following comment by Bhaskar Ghosh, LinkedIn’s senior director of data infrastructure engineering in a recent article by Gigaom:

Ghosh, well, he shot down the idea of relying too heavily on commercial technologies or existing open source projects almost as soon as he suggests it’s a possibility. “We think very carefully about where we should do rocket science,” he told me, before quickly adding, “[but] you don’t want to become a systems integration shop.”

Of course, Bhaskar is exaggerating to prove the point – LinkedIn is both a heavy provider and a consumer of Open Source projects. Consider this (incomplete) list for example – they are not exactly shy using off the shelf code where it makes sense. Twitter is no stranger to Open Source as well – they share the use of Netty with LinkedIn and many other (albeit heavilly modified) open source projects. Nevertheless, Twitter shares the desire to give back to the Open Source world – my team together with many others are using their awesome Bootstrap toolkit, and their modifications are shared with the community. You can read it all at the Twitter Open Source page, run by our good friend @cra.

Recently, PayPal has switched a lot of their Java production servers to Node.js and documented the process. The keyboards are still hot from the effort and they are already open sourcing many of the libraries they wrote for the effort. They even joined forces with LinkedIn on the fork of the Dust.js templating library that the owner abandoned (kudos to Richard Ragan from PayPal from writing a great tutorial).

There are many other examples that paint a picture of a continuum. Idealists see this as a great time to have their name attached to a popular Open Source project and cement their place in the source code Hall of Fame – it’s 1997 all over again, baby!. On the other hand, startups have no problem being pragmatists – it is very hard to build something from scratch even with off the shelf Open Source software – who has time to write new libraries when existing ones are good enough to drive your startup into the ground 10 times over.

In the space between the two extremes, companies with something to lose and with skin in the game stride the cautious middle road – use what works, modify what ‘almost’ works, write their own when no existing software fits the bill, fully aware of the immediate and ongoing cost. And the grateful among them give back to the Open Source community as a way of saying ‘thanks’ for getting a boost when they themselves where but a fledgling startup.

One thought on “Rocket Science vs System Integration”