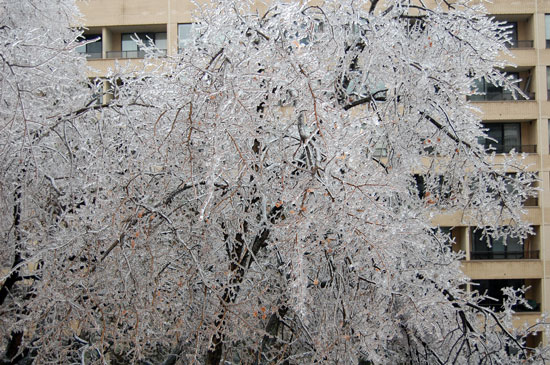 Dear readers of this blog, you may have noticed a lapse in the rhythm that I faithfully followed from the very beginning (a new post every Tuesday, more recently switching to Monday). You may have inferred that I am ‘recharging’, away or simply taking a holiday break.

Far from it. I had a plan to look back at the blog and the topics I have covered over the last six months. For example, looking back at the post on databases, I have second thoughts about using SQL database in a way that is a better fit for something like MongoDB. Our practical experience is that schema changes in a rapid evolution environment are a real drag and being able to evolve the data on demand in a schema-less database would be really beneficial to us.

Other posts are holding up. We are as averse to the Extreme AJAX as ever, but we are now seeing use cases where some client-side structure (possibly using Backbone.js) would be beneficial, particularly when using Web Sockets to push updates to the client. We are still allergic to frameworks and their aggressive takeover of your life and control over code. And we are still unhappy with the horrible hacks required to implement client side templating. One day when Web Components are supported by all the modern browsers, we will remember this time as an ugly intermezzo when we had to resort to a lot of JavaScript in lieu of first class Web composition that Web Components provide (you can bookmark this claim and come to laugh at me if Web Components do not deliver on their promise).

As I said, I planned to cover all that, and also lined up a holiday project. We had recently implemented nice dashboards for our needs in Jazz Platform and Jazz Hub, and I was curious how hard it would be to re-implement the server side using Node.js and MongoDB (instead of JEE and SQL DB). The client side is already fine, using jQuery, Bootstrap and Require.js, and does not need to change. I also wanted to see how hard it would be to configure Express.js to use LinkedIn fork of the Dust.js templating library. PayPal team had a lot of fun recently moving their production applications to exactly that stack, and I was inspired by Bill Scott’s account of that effort.

The plan was to write the blog post on Sunday 22nd, and play with Node.js over the next two weeks. On Saturday 21st, eastern US and Canada were hit by a nasty ice storm. The storm deposited huge amounts of ice on the electrical wires and trees in midtown Toronto where I live. Ice is very heavy and after a while, huge mature trees that are otherwise great to have around started giving up, losing limbs and knocking down power lines in the process. By Sunday 22nd 3am we lost power, along with about a million people in Toronto at the peak.

Losing power in a low rise means no heat, no Internet or cable, no cooking and no hot water (add ‘no water’ for a high rise). We conserved our phones, following the progress of Toronto Hydro power restoration using the #darkTO hashtag on Twitter (everything else was useless). Toronto Hydro outage map crashed under load, resulting in Toronto Hydro posting the map via Twitter picture updates (kudos for Twitter robust infrastructure, which is more than I can say about Toronto Hydro servers). After a while, we drained our phones. I charged my phone from a fully charged MacBook Pro (an operation I was able to repeat twice before MacBook Pro lost its juice). We had four laptops to use as door stops/phone chargers. I could read some eBooks on a fully charged iPad, but somehow was not in the mood. Dinner was cold sandwiches by the candle light. Not as romantic in a cold room.

Showered at work where it is warm and with hot food, unlike my home. No power since Sunday 3am. All devices charging now. #darkTO

By Sunday night, the temperature in the apartment dropped to 19.5C (that’s 67F for my American friends). We slept fully clothed. On Monday morning we packed up and went to IBM building in Markham that had power to shower, get some core temperature back, eat a warm meal and charge all the devices. We also used the opportunity to book a hotel room in Toronto downtown (no big trees to knock down power lines – yey for the big soul-less downtown buildings). When we went back home to pack, the room temperature dropped to 18C. The temperature outside dropped to bitterly cold -10C, and going to -14C over night.

Over Monday night, the power was restored. We returned on Tuesday morning, only to find Internet and cable inoperative. Estimated time for repair – 22 hours. In addition, our building is somewhat old and its hot water furnace does not like going from 0 to full blast quickly, resulting in a temperature that was 2-3 degrees less than usual. It was a matter of time until I succumbed to common cold.

After 40 hours without power in #darkTO and 4 days without wireless, I am tweeting and installing Mavericks at the same time. Feels good.

Internet and cable was restored on Wednesday, 4 days after the outage started. Over the last couple of days the winter outside let up a bit, allowing the ice on the trees to melt and furnace to bring the temperature to the normal levels. My cold is on the downswing, enough for me to write this blog post. I will still need to wait for the cold-induced watery eyes to return to normal before taking the planned photos for my 2014 Internet profiles.

Why am I writing all this? Just to show you that the real takeaway message for 2013 is not horrible first world problems we grapple with daily (should I use Node.js or not, should I use MongoDB or Couch DB or just stay with RDBs), but that most of us are privileged to live with the trappings of civilization allowing us to not worry about warm water, heat, food and clean clothing. On Wednesday when my daughter was seriously unhappy that internet was not back yet, I felt a bit like ‘the most ungrateful generation’ in the Louis CK show (“Everything is amazing and nobody is happy”). As I am writing this, there are still my fellow Torontonians without power. Their houses are probably icicles by now. My heart goes to them and hope they get power as soon as possible.

As for myself, I can tell you that the fact that when you write Node.js code you may find yourself in a callback hell didn’t mean much when I was sitting in a cold room, lit by candle light and frantically refreshing the #darkTO thread, while my battery was slowly draining. A lesson in humility and a reason to count your blessings delivered in the time of the year we normally see the re-runs of It’s a Wonderful Life on TV (if you still watch TV, that is).

Therefore, all of you reading this, have a great 2014! If you are in a warm room, have clean clothes and a warm meal, and can read this (i.e. your wifi is operational), your life is amazing and you are better off than many of your fellow human beings. Now go back to the most pressing topics of your lives, like this one:

Watching Star Track The Motion Picture on HIFI. Acting and special effects are hilarious, and yet I am drawn to the story. Damn you, Kirk!

One thought on “Of Mice and Men”