Wow, has it been a year already? I am faking surprise, of course, because WordPress has notified me well ahead of time that I need to renew my dejanglozic.com domain. So in actuality I said ‘wow, will it soon be a year of me blogging’. Nevertheless, the sentiment is genuine.

It may be worthwhile to look back at the year, if only to reaffirm how quickly things change in this industry of ours, and also to notice some about-faces, changes of direction and mind.

I started blogging in the intent to stay true to the etymological sense of the word ‘blog’ (Web log). As a weekly diary of sorts, it was supposed to chronicle trials and tribulations of our team as it boldly goes into the tumultuous waters of writing Web apps in the cloud. I settled on a weekly delivery, which is at times doable, at other times a nightmare. I could definitely do without an onset of panic when I realize that it is Monday and I forgot to write a new entry.

Luckily we have enough issues we deal with daily in our work to produce enough material for the blog. In that regard, we are like a person who just moved into a new condo after his old apartment went up in flames and went to Ikea. If an eager clerk asks him ‘what do you need in particular’, his genuine answer must be ‘everything – curtains, rugs, new mattress, a table, chairs, a sofa, a coffee table …’.

At least that’s how we felt – we were re-doing everything in our distributed system and we were able to re-use very little from our past lives, having boldly decided to jump ahead as far as possible and start clean.

Getting things out of the system

That does not mean that the blog actually started with a theme or a direction. In the inaugural post The Turtleneck and The Hoodie, I proudly declared that I care both about development AND the design and refuse to choose. But that is not necessarily a direction to sustain a blog. It was not an issue for a while due to all these ideas that were bouncing in my head waiting to be written down. Looking back, I think it sort of worked in a general-purpose, ‘good advice’ kind of way. Posts such as Pulling Back from Extreme AJAX or A Guide to Storage for ADD Types were at least very technical and based on actual research and hands-on experience.

Some of the posts were just accumulated professional experience that I felt the need to share. Don’t Get Attached to Your Code or Dumb Code Good, Smart Code Bad were crowd pleasers, at least in the ‘yeah, it happened to me too’ way. Kind of like reading that in order to lose weight you need to eat smart and go outside. Makes a lot of sense except for the execution, which is the hard part.

Old man yells at the cloud

Funnily enough, some of my posts, after using up all the accumulated wisdom to pass on, sound somewhat cranky in hindsight. I guess I disagreed with some ideas and directions I noticed, and the world ignored my disagreement and continued, unimpressed. How dare people do things I don’t approve of!

Two cranky posts that are worth highlighting are Swimming Against the Tide, in which I am cranky regarding client side MVC frameworks, and Sitting on the Node.js Fence, in which I argue with myself on pros and cons of Node.js. While my subsequent posts clearly demonstrate that I resolved the latter dilemma and went down the Node.js route hook, line and sinker, I am still not convinced that all that JavaScript required to write non-trivial Single Page Apps (SPAs) is a very good idea, particularly if you have any ambition to run them on mobile devices. But it definitely sounds funny to me now – as if I was expressing an irritated disbelief that, after publishing all the bad consequences of practicing extreme Ajax, people still keep doing it!

Of course, once our team went down Node.js route (egged on and cajoled by me), you could not get me to shut up about it. In fact, the gateway drug to it was my focus on templating solutions, and our choice of Dust.js (LinkedIn fork). By the way, it is becoming annoying to keep adding ‘LinkedIn fork’ all the time – that’s the only version that is actively worked on anyway.

Articles from this period are more-less setting the standard for my subsequent posts: they are about 1500 words long, have a mix of outgoing links, a focused technical topic, illustrative embedded tweets (thanks to @cra who taught me how not to embed tweets as images like a loser). As no story about Node.js apps is complete without Web Sockets and clustering, and both were dully covered. 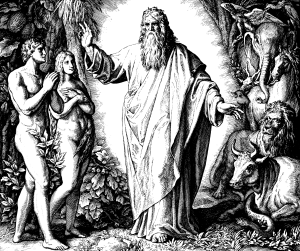 Of course, it was not until I went to attend NodeDay in February that a torrent of posts on micro-services was unleashed. The first half of 2014 was all ablaze with the posts and tweets about micro-services around the world anyway, which my new Internet buddy Adrian Rossouw dully documented in his Wayfinder field guide. It was at times comical to follow food fights about who will provide the bestest definition of them all:

If you read Martin Fowler's post on Microservices & didn't get it. Read @viktorklang's instead. He gets it right. klangism.tumblr.com/post/800871714…

If you follow a micro-services tag for my blog, the list of posts is long and getting longer every week. At some point I will stop tagging posts with it, because if everything is about them, nothing is – I need to be more specific. Nevertheless, I am grateful for the whole topic – it did after all allow me to write the most popular post so far: Node.js and Enterprise – Why Not?

What does the future hold?

Obviously Node.js, messaging and micro-services will continue to dominate our short-term horizon as we are wrestling with them daily. I spoke about them at the recent DevCon5 in NYC and intend to do the same at the upcoming nodeconf.eu in September.

Beyond that, I can see some possible future topics (although I can’t promise anything – it is enough to keep up as it is).

I would like to read this post in a year and see if any of these bullets panned out (or were instead replaced with a completely different list of even newer and cooler things). In this industry, I would not be surprised.

Whatever I am writing about, I would like to thank you for your support and attention so far and hope to keep holding it just a little bit longer. Now if you excuse me, I need to post this – I am already late this week!