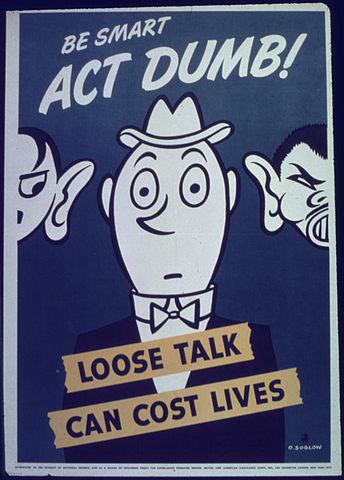 I owe the idea for my Orwellian title to a well known engineer Robert W. Lucky who came into my life through a ritual of cracking open a brand new and shiny IEEE Spectrum magazine and immediately going for his column “Lucky Strikes” (this awesome name acquired a whole new meaning after I started watching Mad Men). This was at a time when magazines were on paper. There is no such a thing as a ‘new blog smell’.

Anyway, I remember an issue in which Robert tried to imagine the unnamed engineer who came home to his wife one night and quipped: “Honey, I came to a great idea today! Instead of storing years as four digits, we will store only the last two. Imagine the megabytes of disc space we will save. Memory is very expensive these days, you know.” Fast forward to the Y2K nail biting, that smart engineer is nowhere to be found. Perhaps his wife divorced him for wreaking such havoc on the humanity, including characters from Office Space.

Throughout my career in software industry, I got to see ideas that seemed clever at the time turn out not as clever in hindsight. This just reinforced what Robert Lucky tried to convey, until I crystallized my ‘dumb code, smart code’ law. Before counting the ways why smart code is bad, let me be clear that by saying ‘dumb code’, I don’t mean ‘bag of hammers’ dumb. Just ordinary, by the book, consistent, easy to read, following the good practices, as simple as possible code. The kind that makes hipster hackers feel sick and ironic at the same time.

Software developers like to think of themselves as smart (actually smarter than most people, which may explain why they are prone to losing their lunch money). Ever since all the sorting algorithms have been invented and CSc departments banned any new submissions, a future software developer cannot go through university without writing a compiler or three. And the new languages they invent need to be quirky and different (I guess that’s why Scala has no semicolons – you just ‘sense’ the end of a statement by vibe).

When software developers join companies, they carry over their taste for indie code practices to the production code they start writing. Let me count the ways why their code ends up causing headache to everybody:

Lest this blog sounds as a criticism of ‘them’ whereas ‘we’ are different, I am writing it from a position of somebody who has been there, done that and bought an ironic T-shirt. I am trying to convey a hard-earned realization caused by writing smart code, feeling smug about it, forgetting how it works, hitting a problem after problem later and eventually yanking it with a sigh of relief when the new version of a library or browser made it unnecessary. The reason more seasoned developers are less likely to do it is because they had enough time to see the entire cycle, not just the initial buzz that smart code brings. In situations where writing smart code is inevitable, realize that you are fixing a temporary problem, cordon off the code, mark it clearly and keep an eye on the earliest opportunity to dump it without mercy (which requires that you avoid becoming personally attached to that code, otherwise you will feel like you put your favorite puppy to sleep).

You could say that smart code is a drug – it brings euphoria when you write it, but you pay the dire price down the road. Therefore: kids, say NO to smart code!